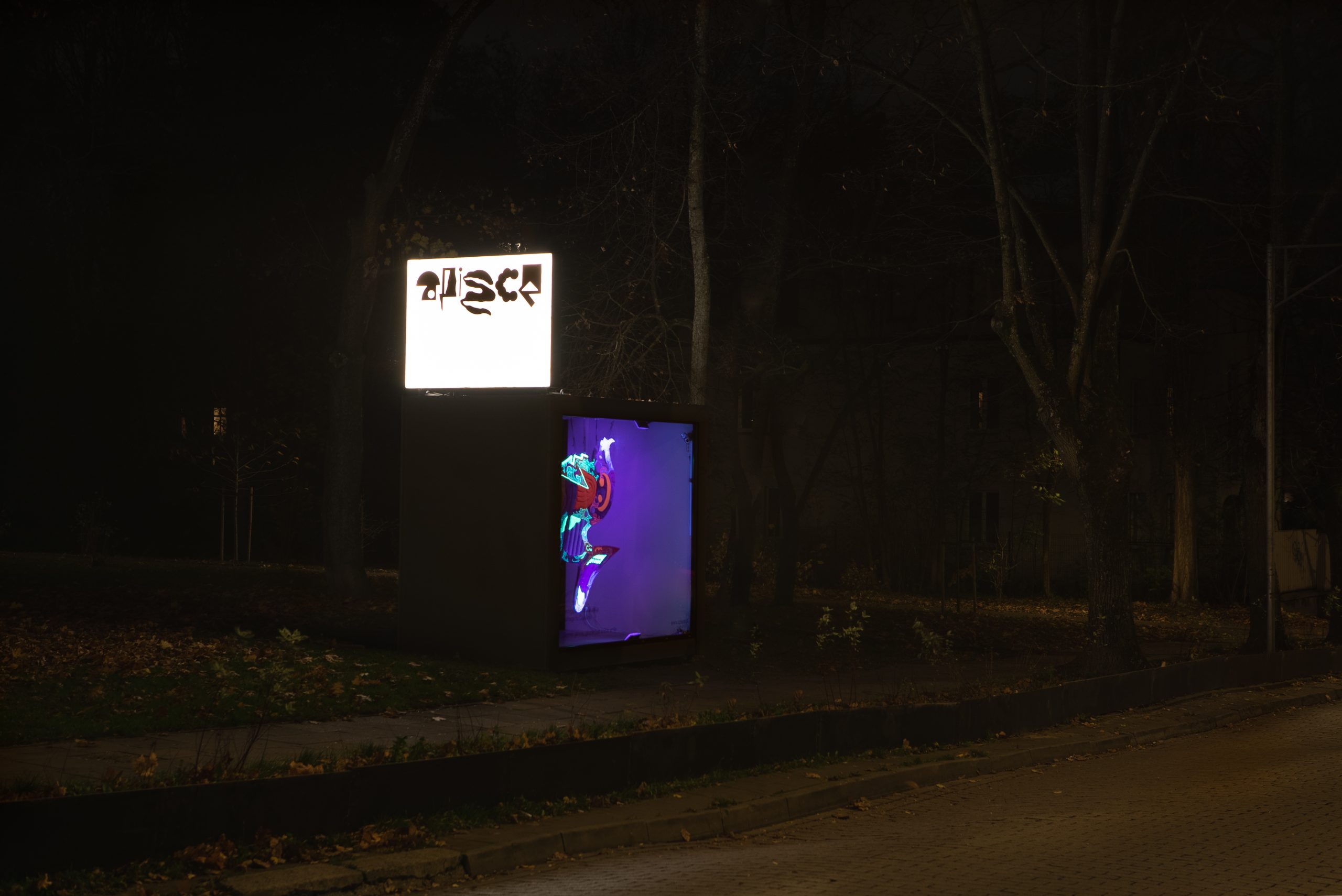 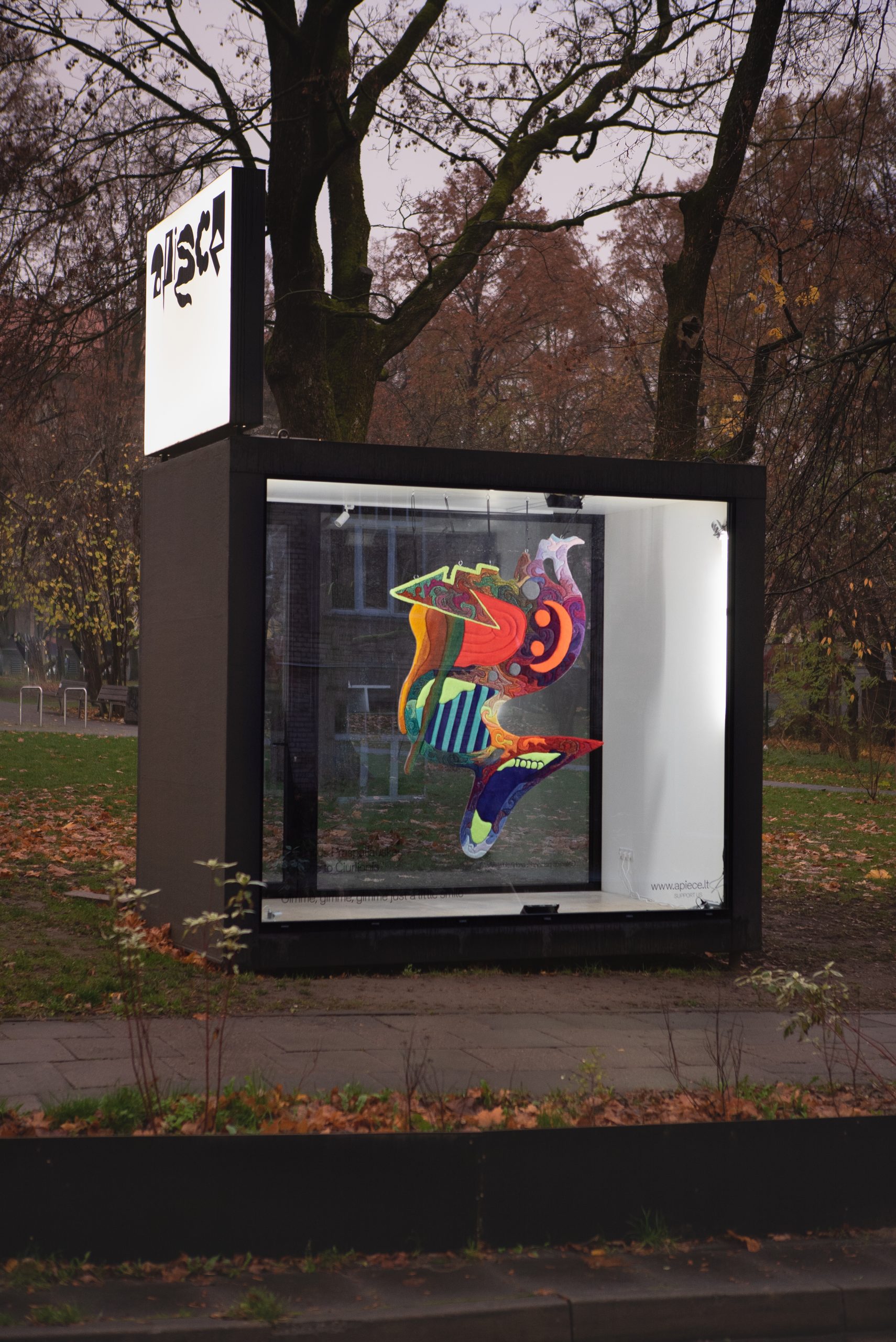 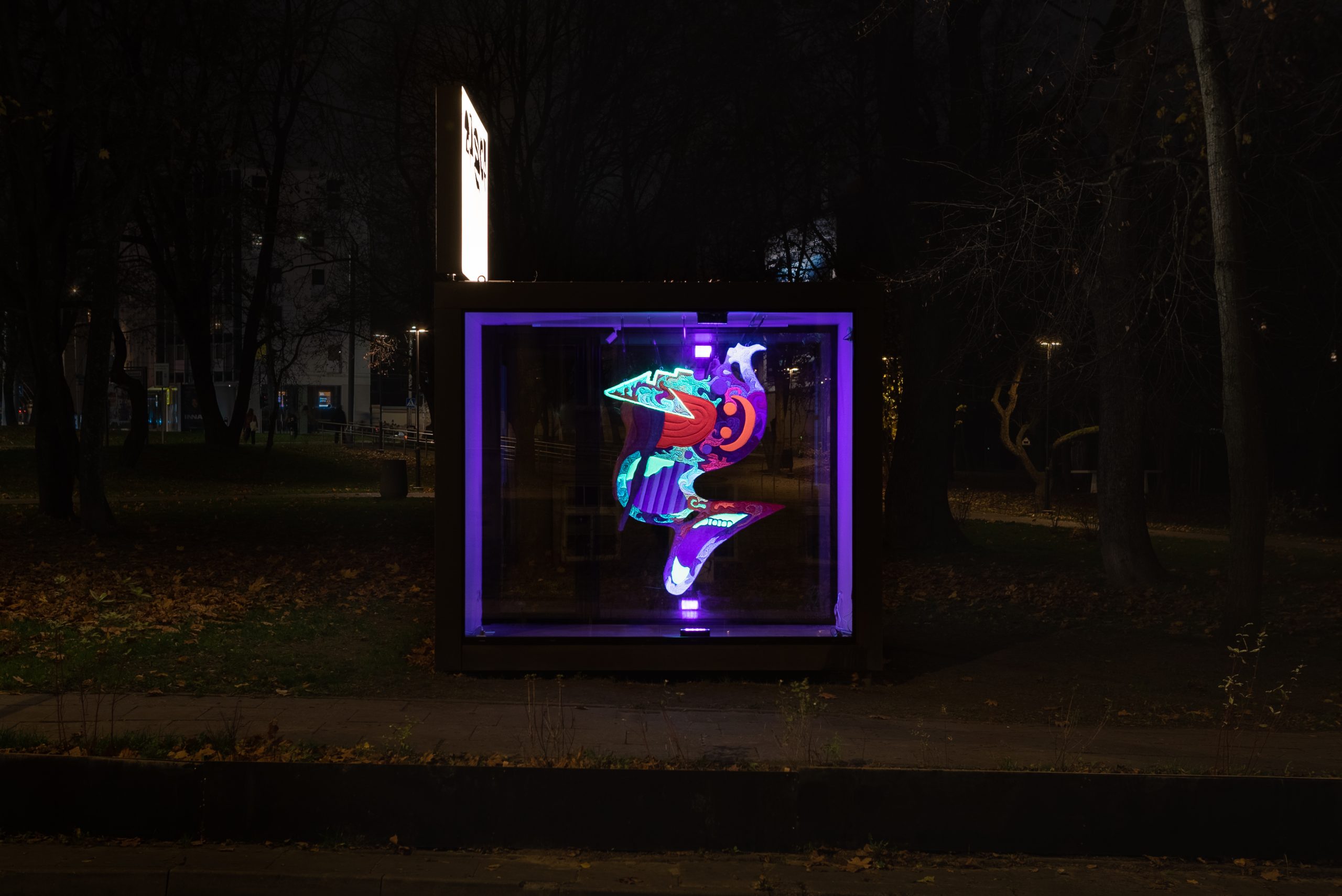 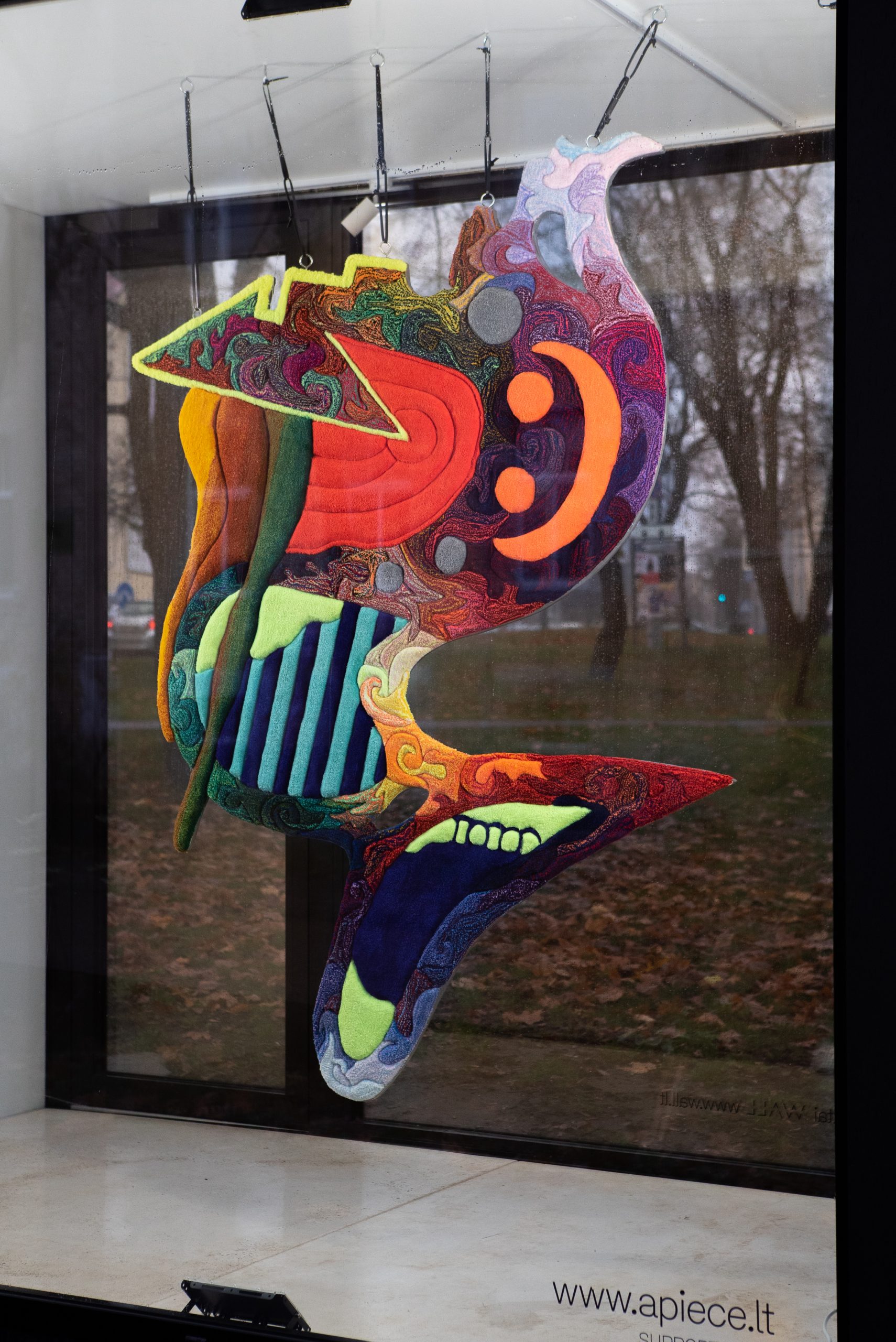 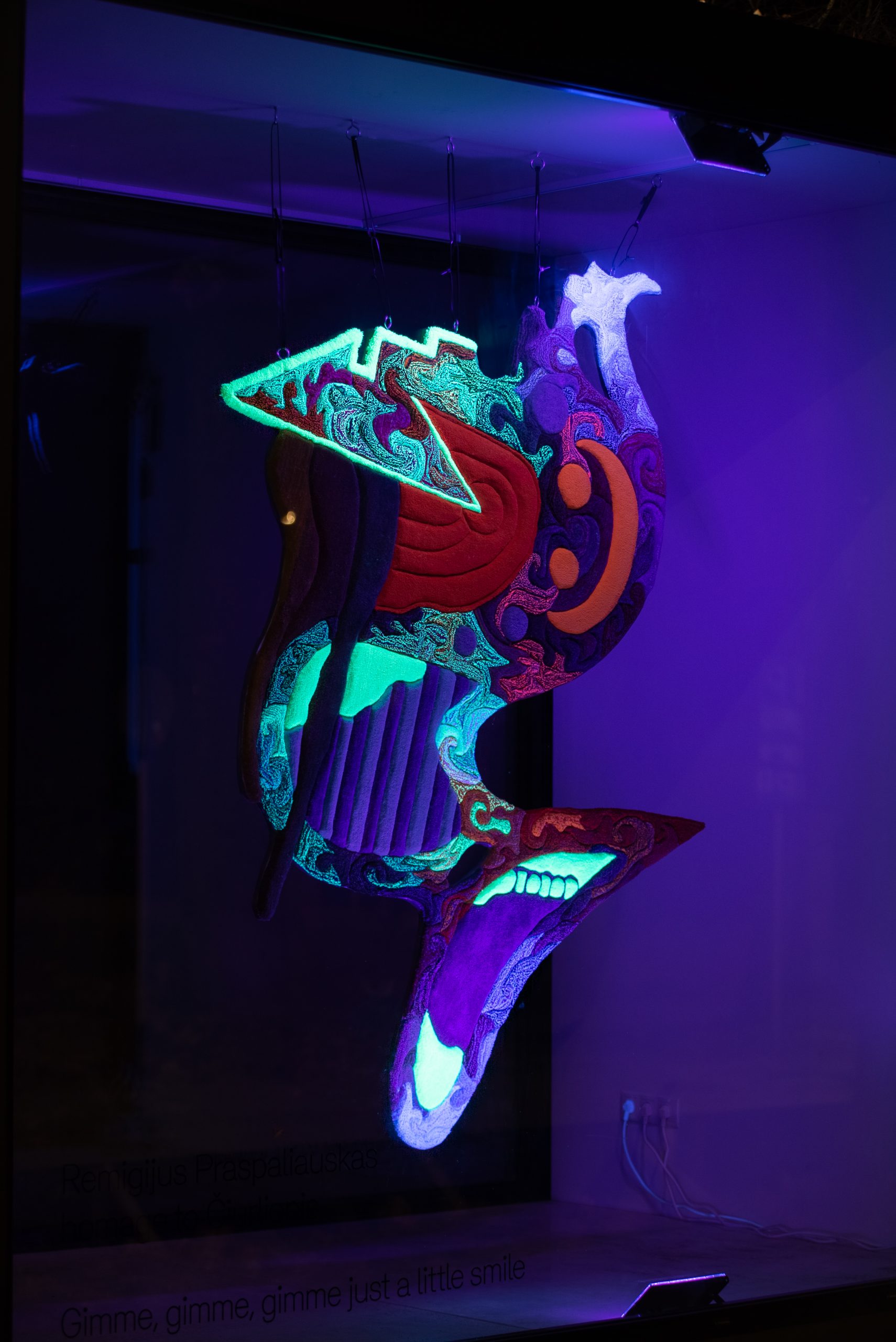 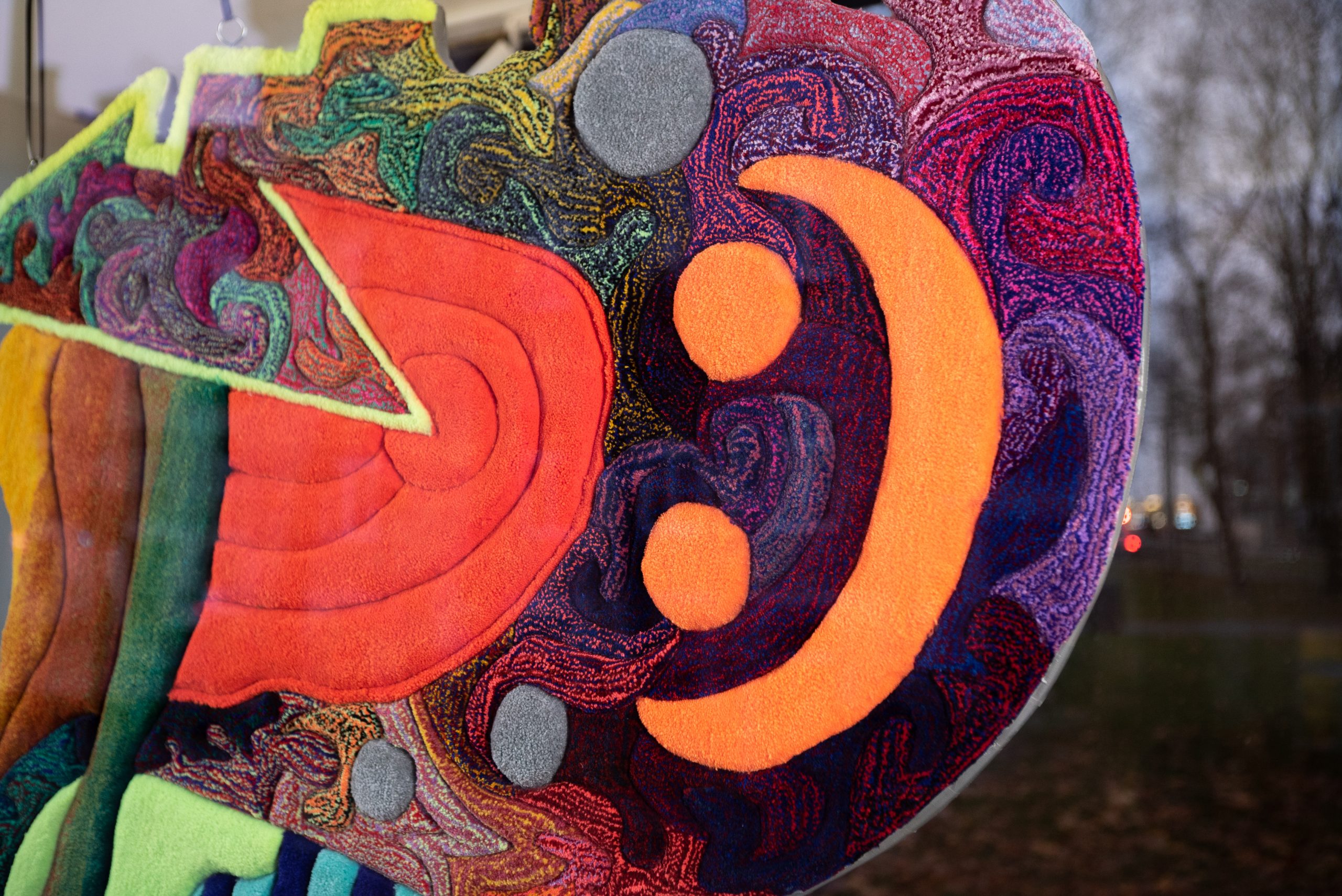 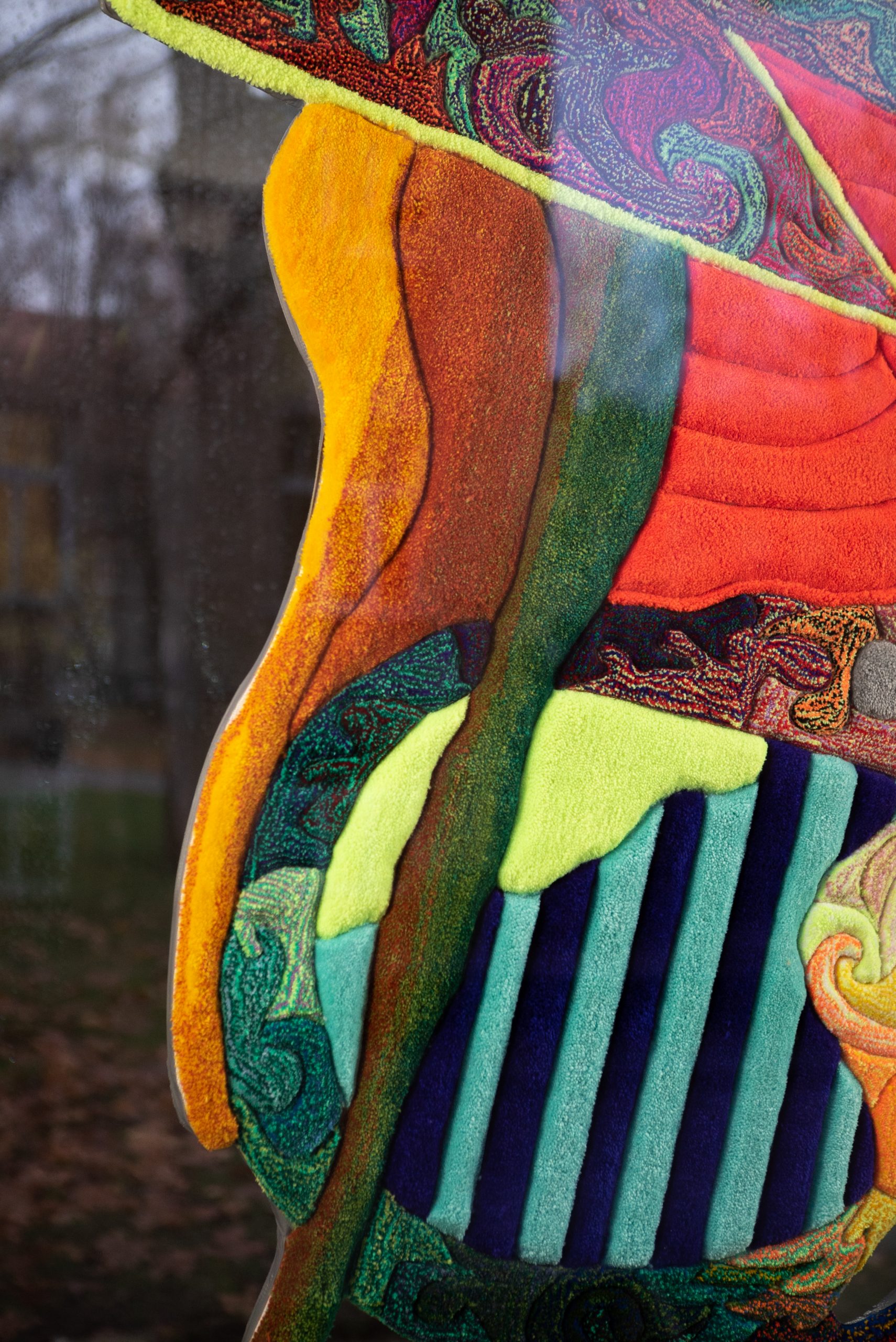 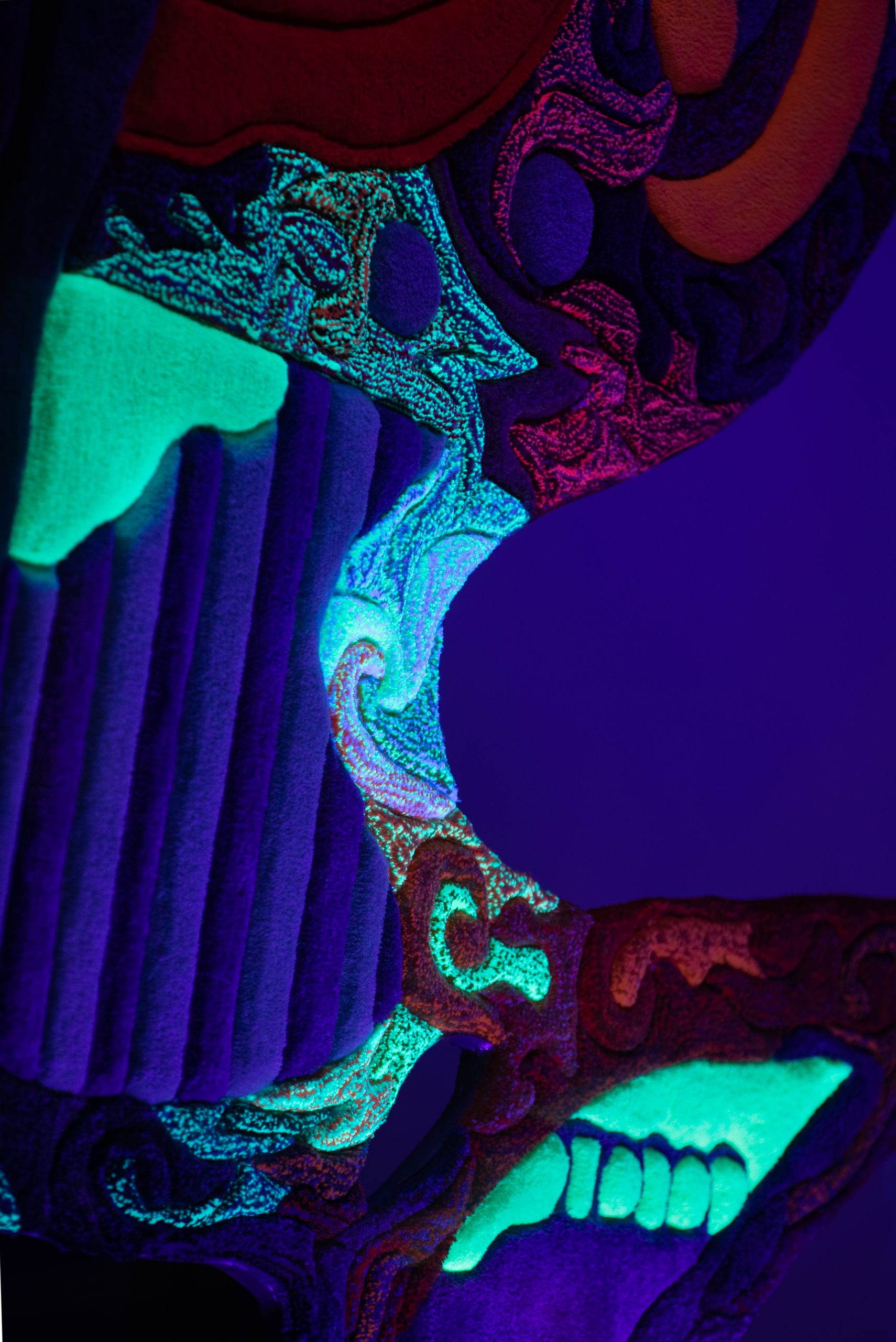 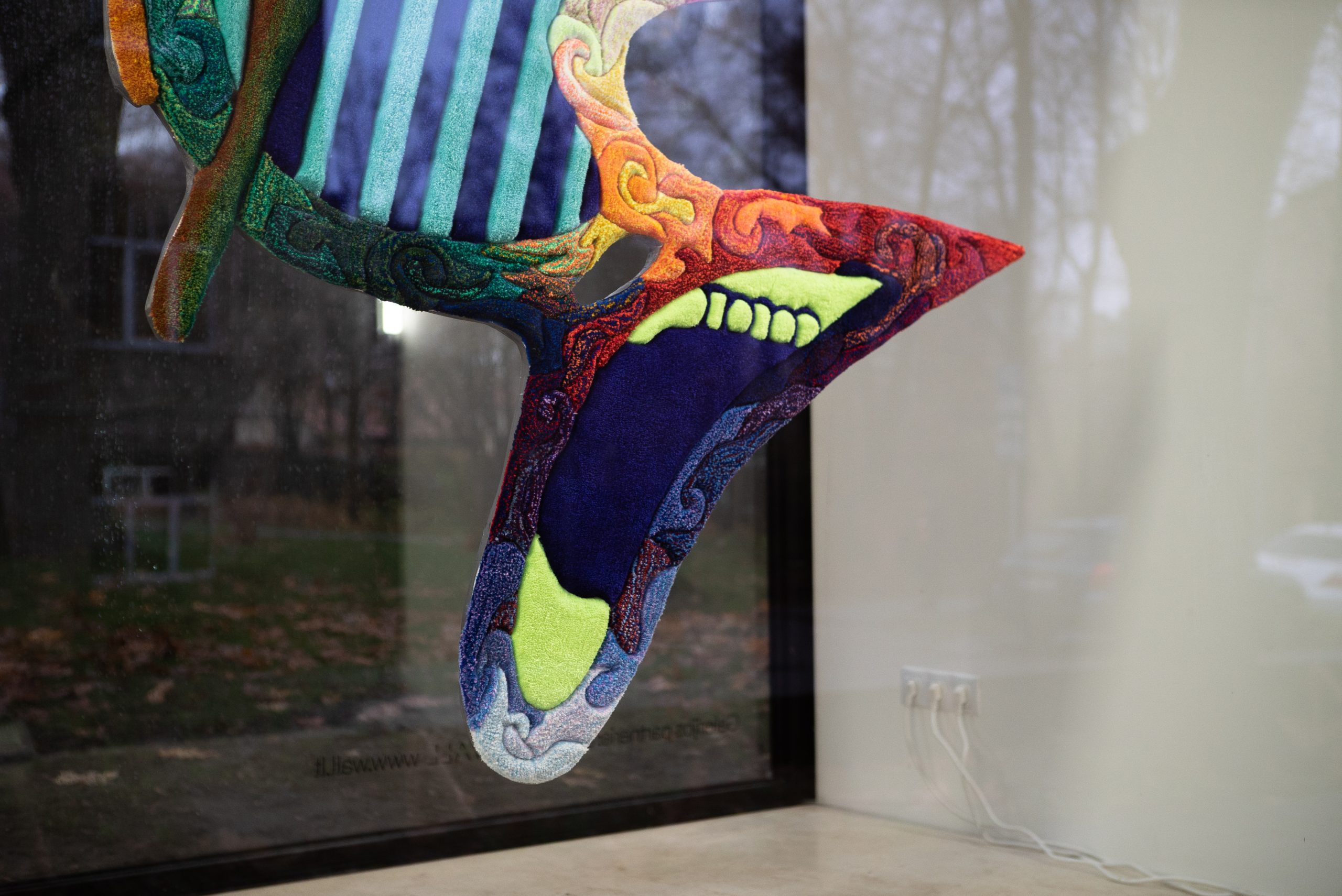 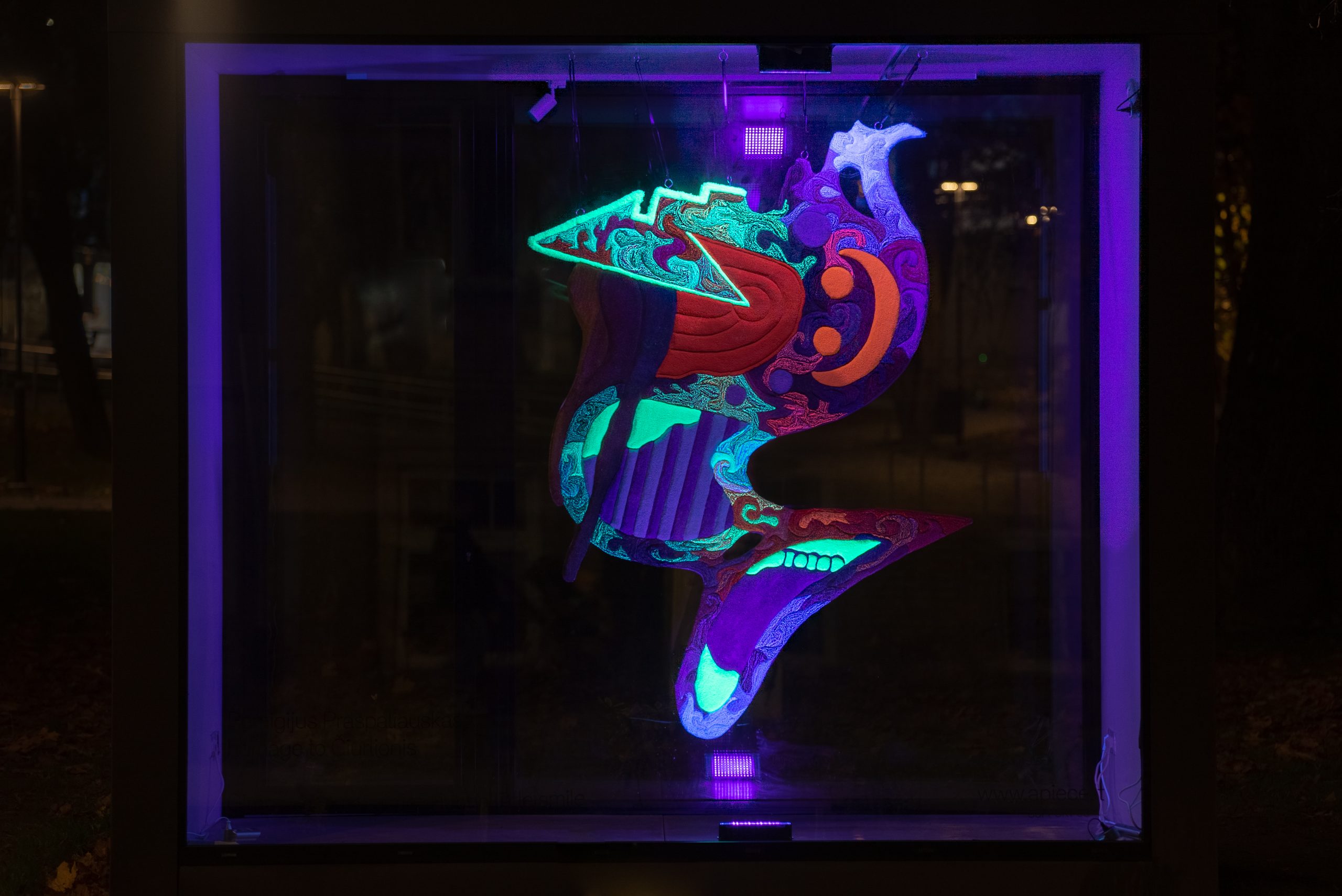 The author of the first emoji – Mikalojus Konstantinas Čiurlionis?

It is symbolic that the first retrospective exhibition of paintings by M. K. Čiurlionis – who is considered as a representative of symbolism – was opened in London (Dulwich Picture Gallery) on September 22nd, 2022 – more than a century (!) after the painter’s death… Obviously, the painter, and a composer, acknowledged as the national pride and the most remarkable Lithuanian artist ever, is not known enough internationally. So, maybe the fact that Čiurlionis possibly is the author of the first – and most popular – emoji could help popularizing his artistic legacy?

This theory about the emoji of a smiling face is based on a single fragment of a drawing found in one of Čiurlionis‘ sketchbooks. This fragment, transformed into a contemporary wall carpet, will be exposed at the single-artwork gallery apiece, where the exhibition by Remigijus Praspaliauskas, titled Gimme, Gimme, Gimme Just a Little Smile, opens on October 20th, this year.

All kept at the M. K. Čiurlionis National Museum of Art in Kaunas,  more than one Čiurlionis’ sketchbooks exist. Although the drawing in question has never been transformed into a painting, more similar sketches – featuring lines waving together into some ornament – were drawn by the author in the period of 1907-1908. The drawings of this type are thought to possibly fix theosophic thoughts.

The reconstruction of the drawn fragment into the contemporary artwork by R. Praspaliauskas invites to wonder, if the original emoji was some kind of “message” left by Čiurlionis to us – the generation of social networking. Or was it a painter’s vision of the future, where people communicate using emotion icons rather than words? As the artwork has been partly inspired by the location of the gallery, situated on M. K. Čiurlionis street, its exhibition is a contemporary way to commemorate Čiurlionis‘ legacy, as well as to fulfil the name of one of the most beautiful streets in Vilnius.

Remigijus Praspaliauskas – a lyrical Samogitian gangster – is an author of texts, objects, and products. His creative practices focus on the search for surrealism rooted in words and illogical verbal constructs of the Lithuanian language, as well as in the very nature of an image. Together with his twin brother Egidijus, Remigijus is behind the well-known Egyboy fashion brand dedicated to “shake that dull reality”.

The exhibition is funded by Vilnius City Municipality.