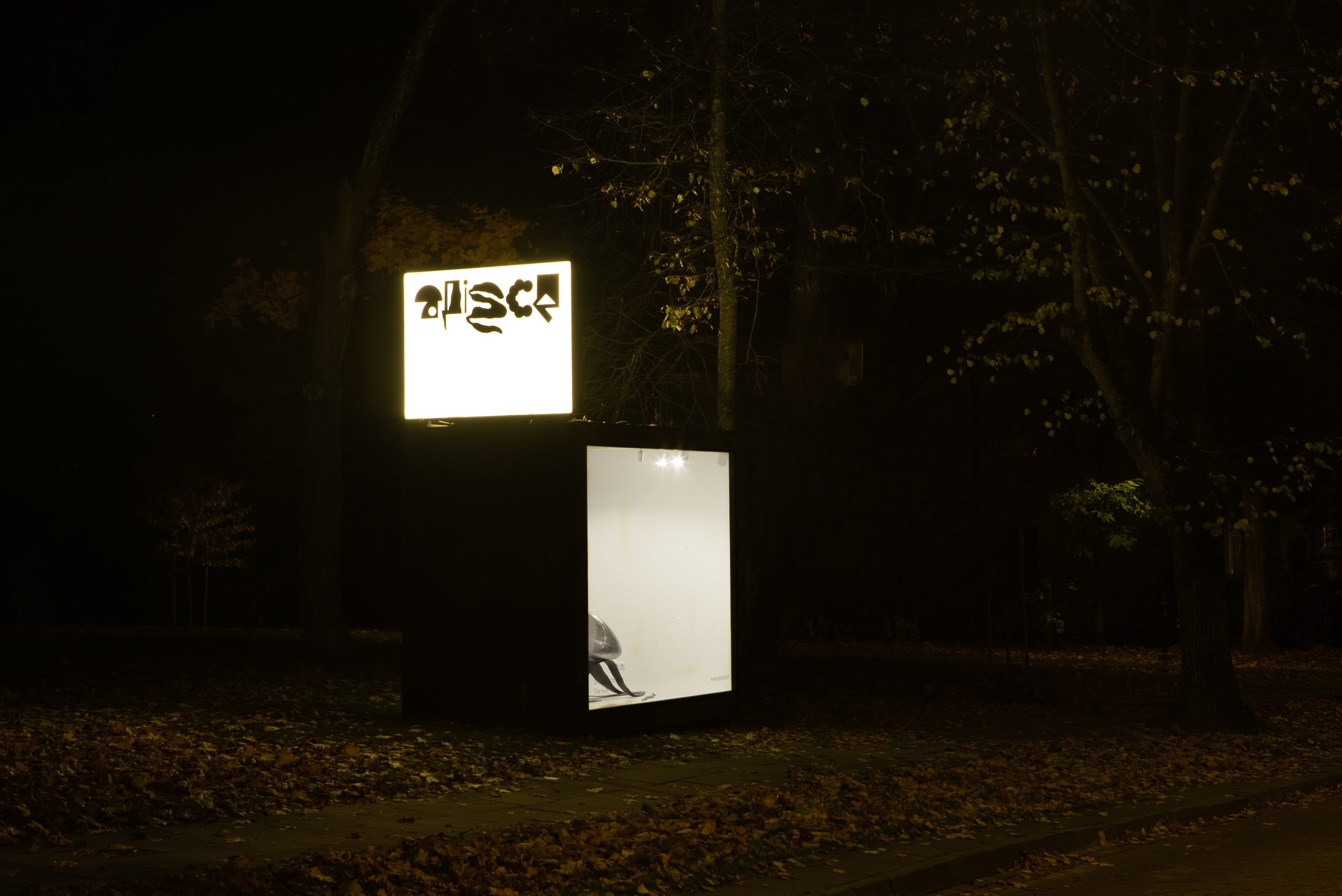 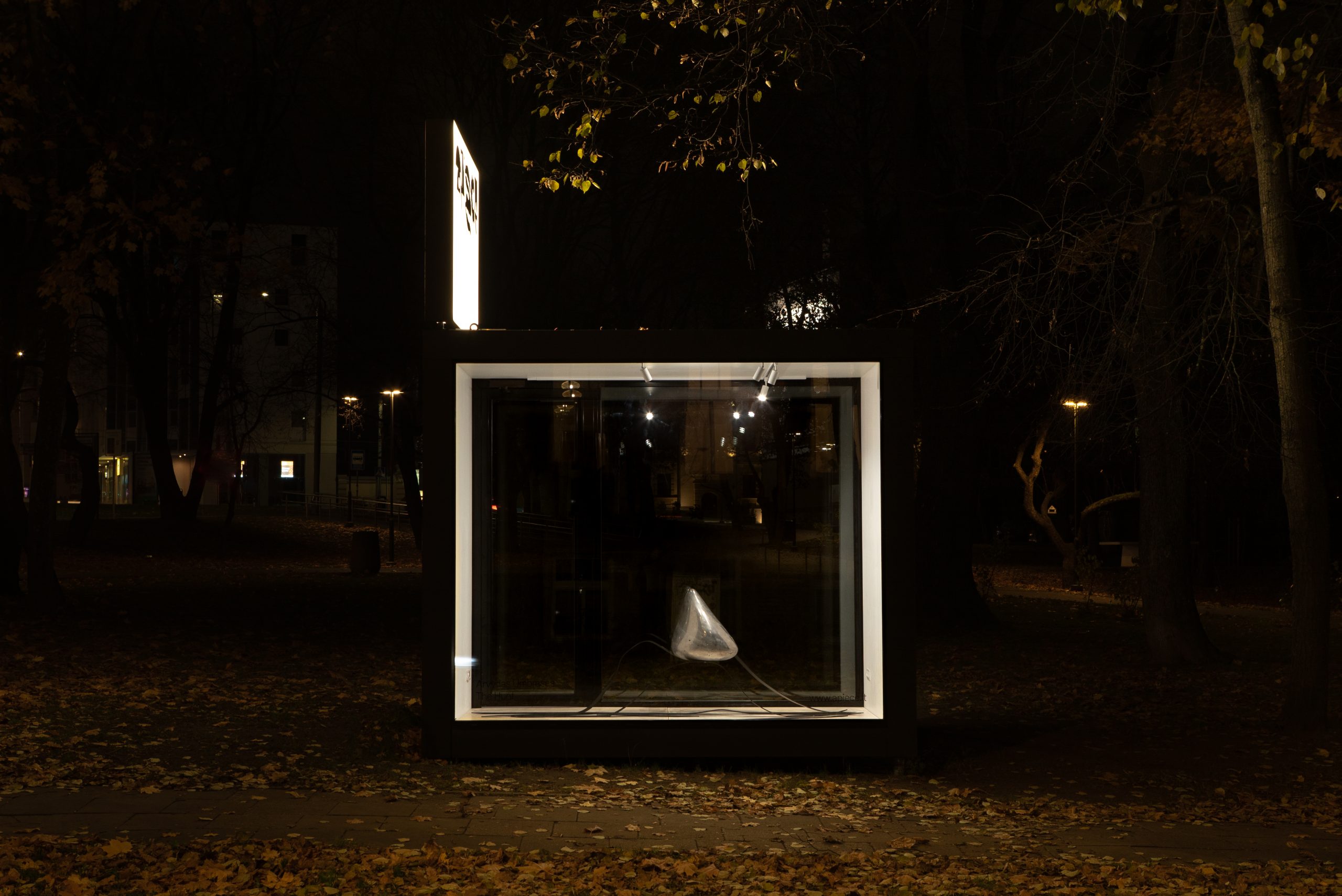 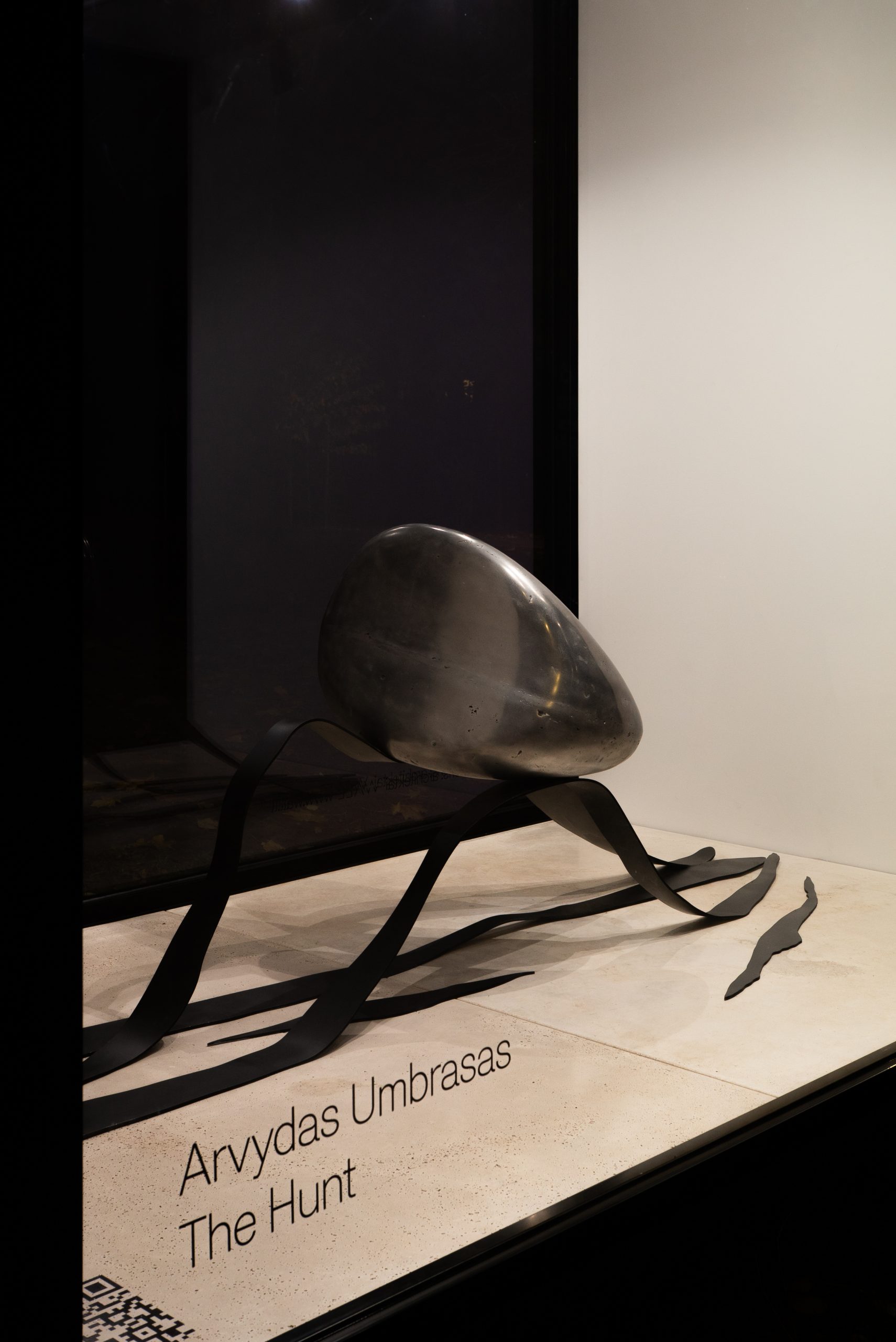 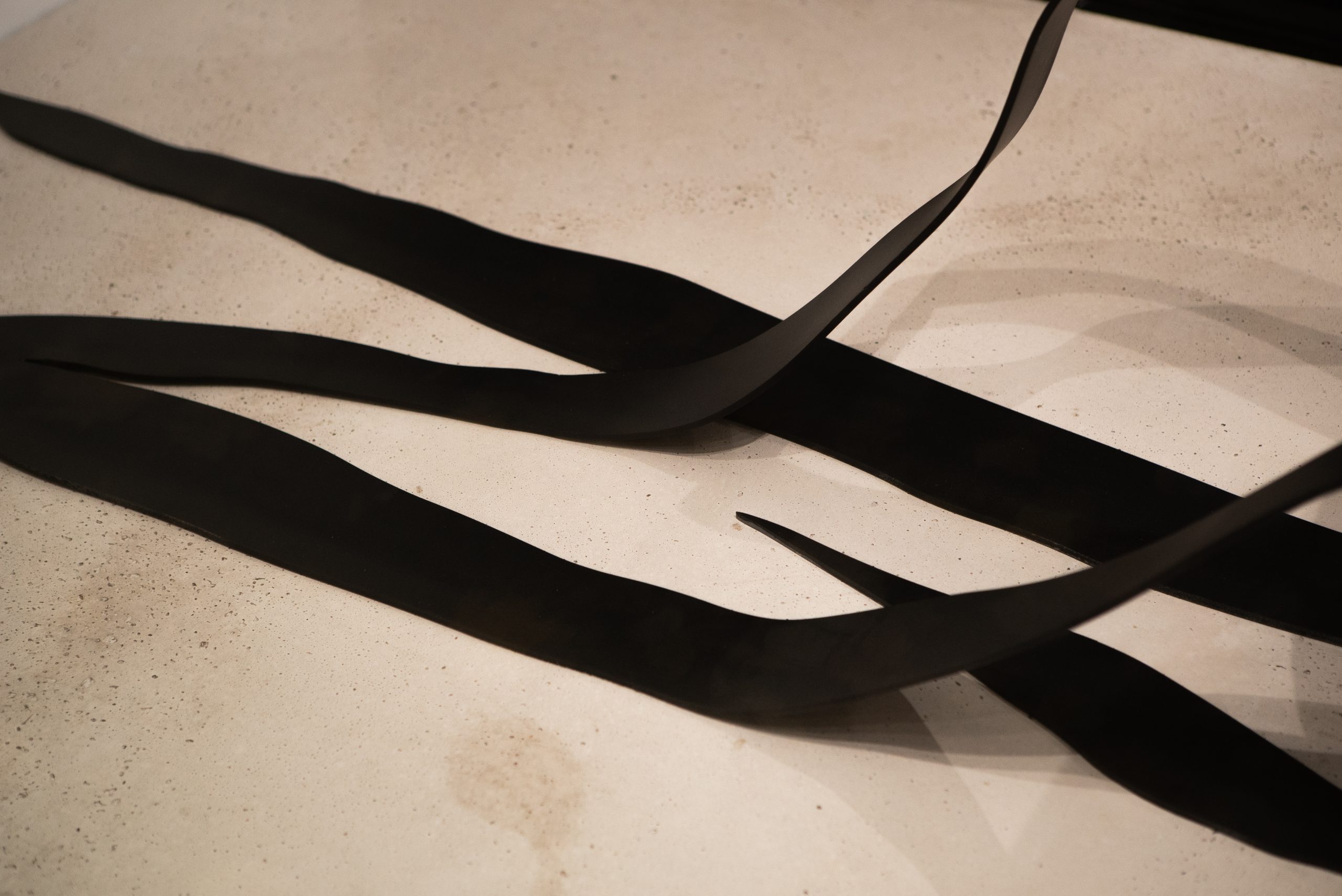 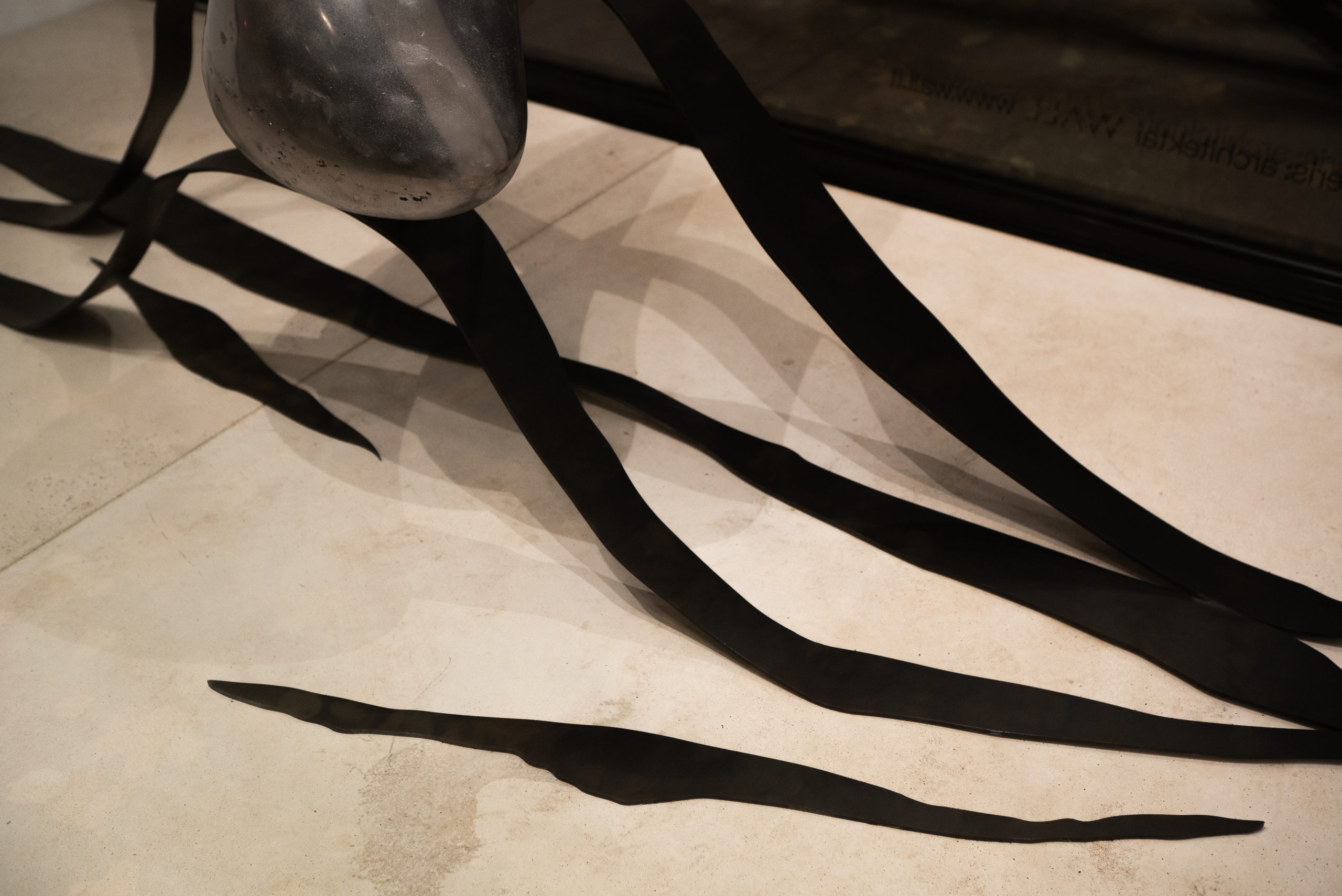 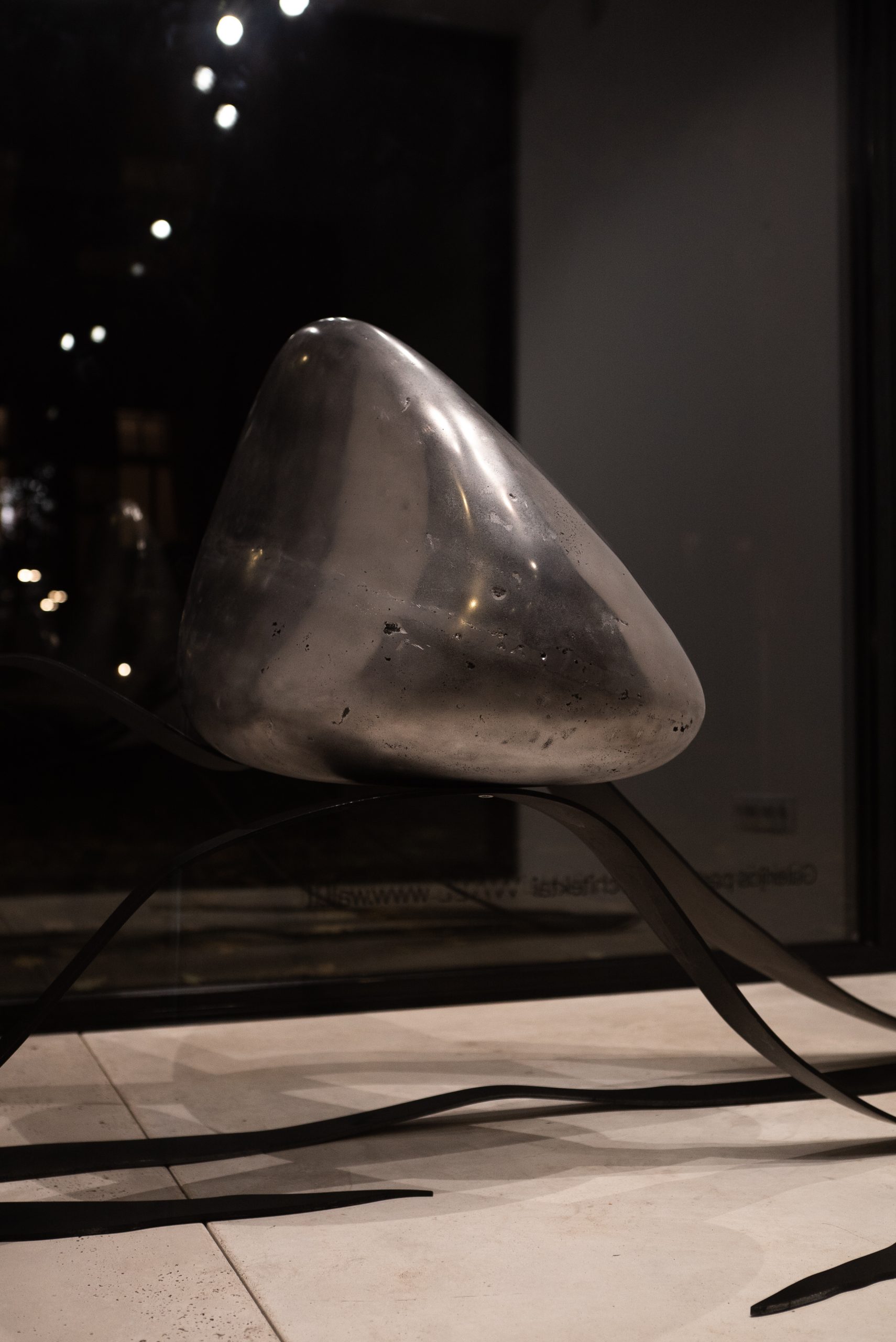 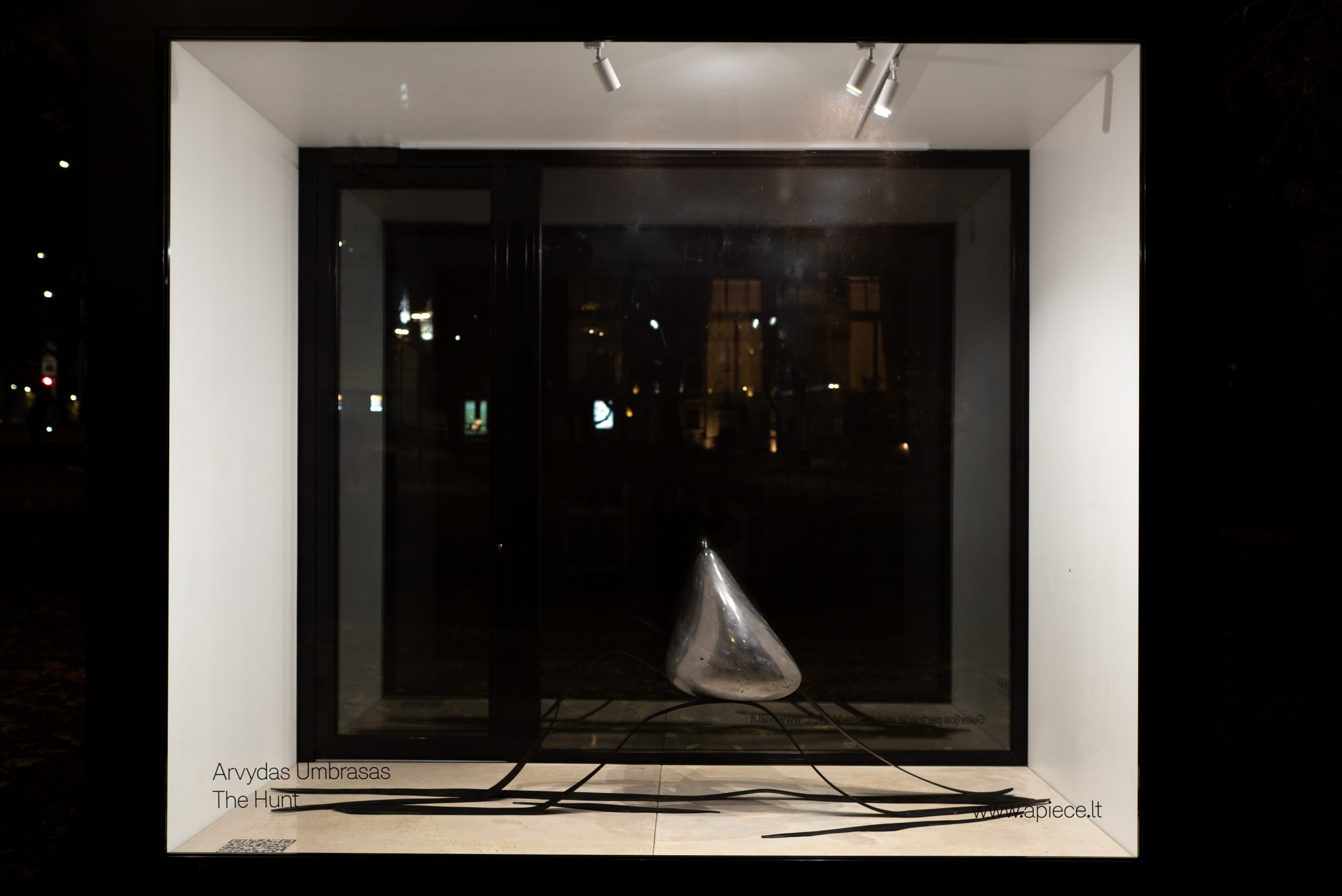 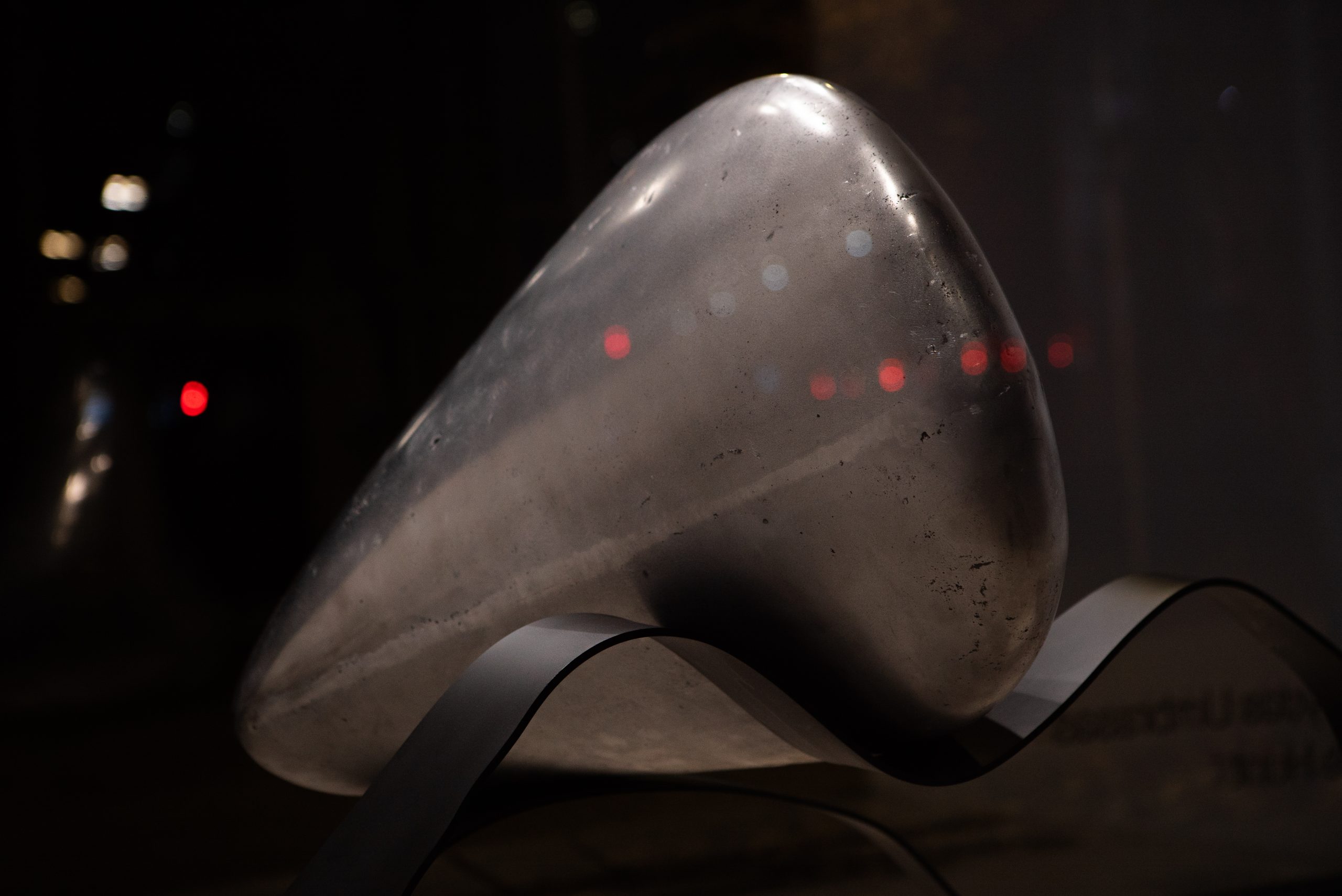 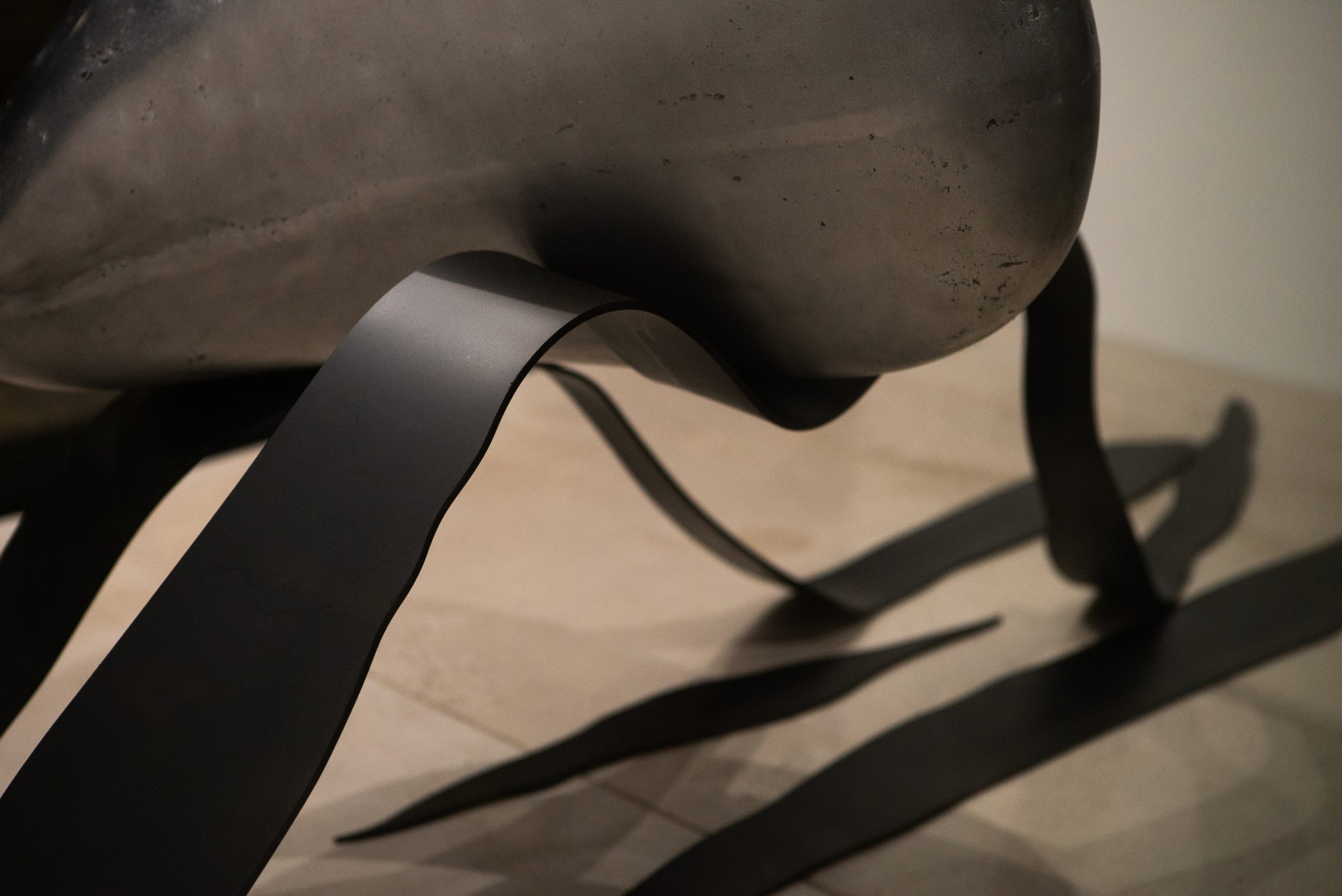 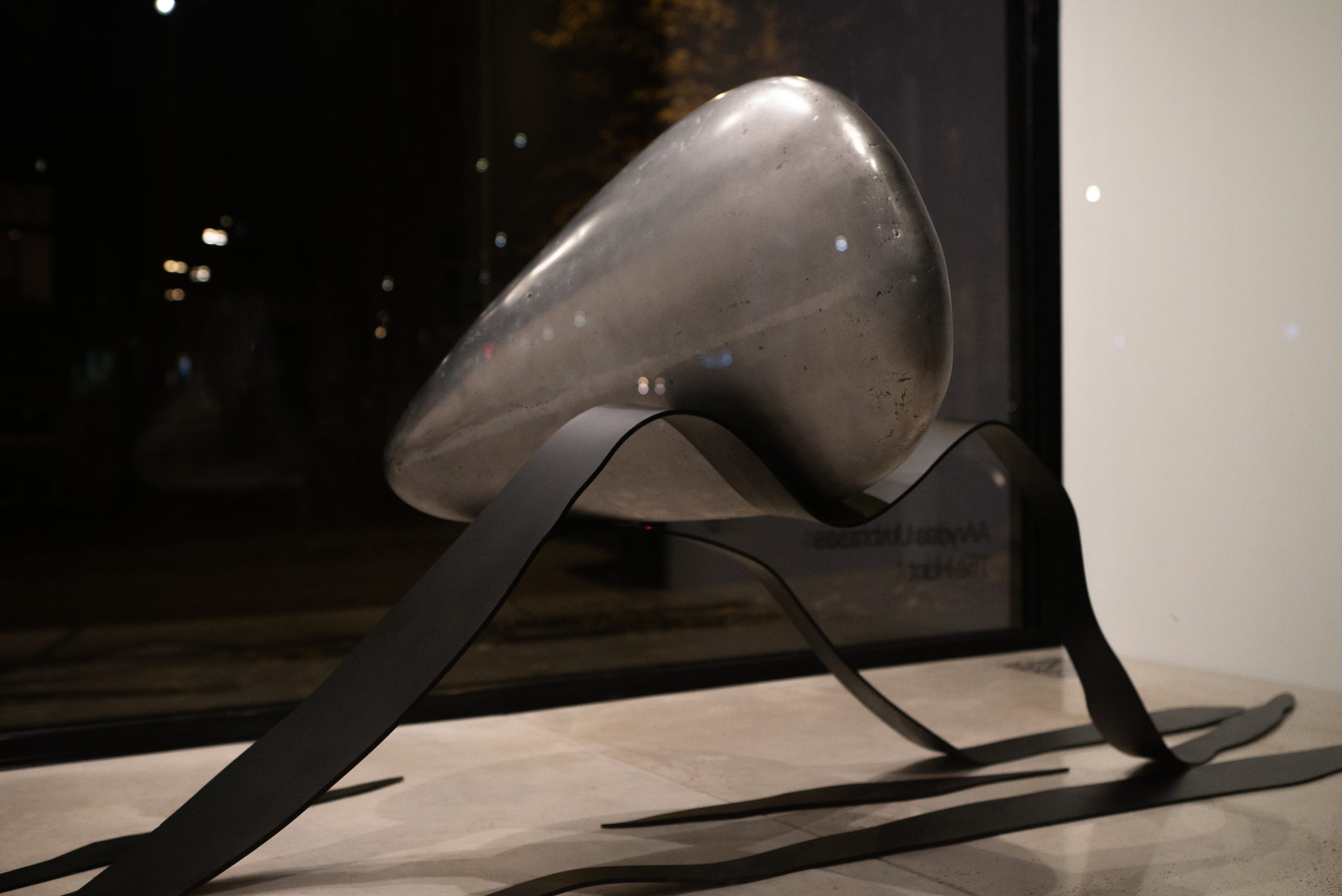 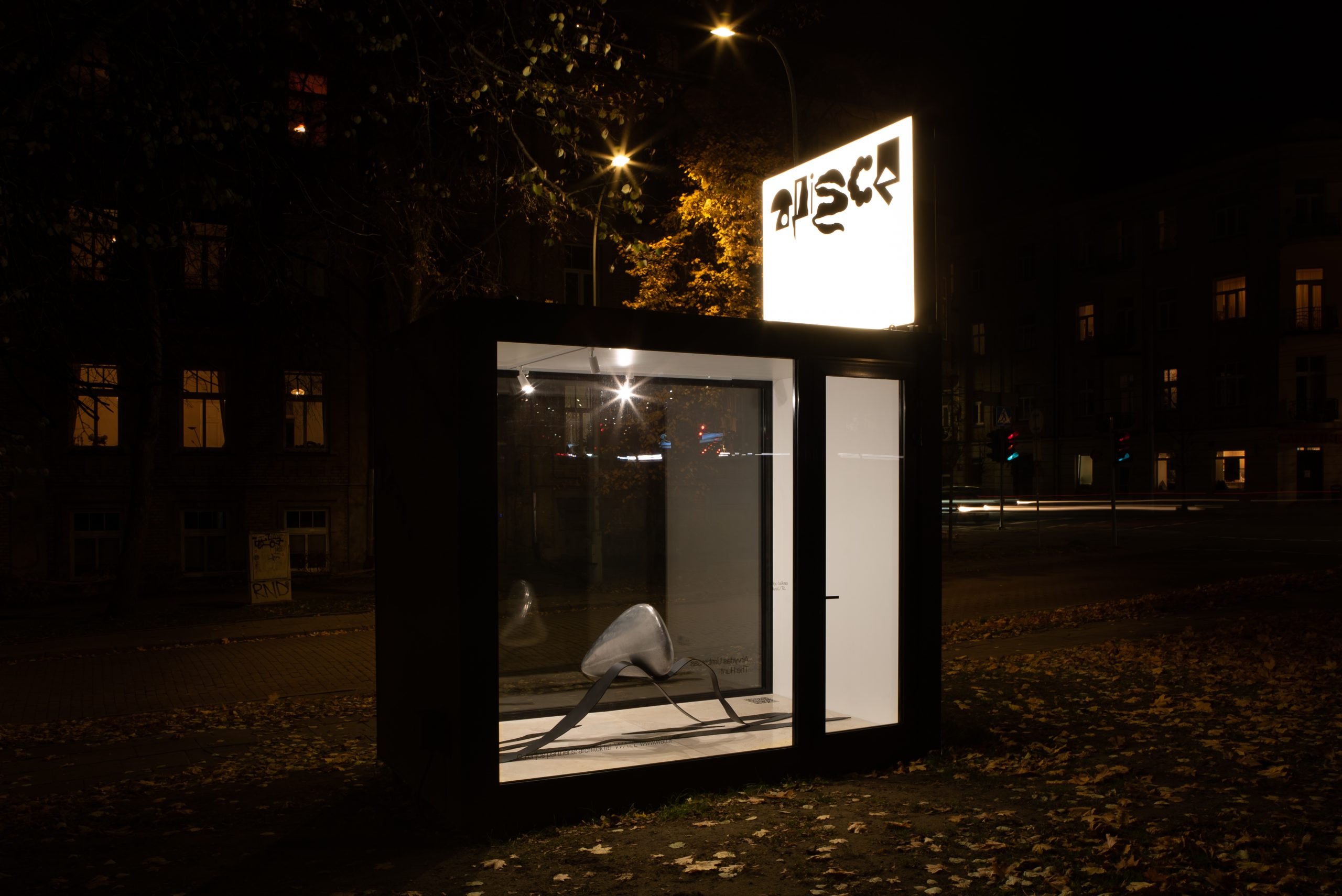 Arvydas Umbrasas’s research for this work took its starting point in the myth of The Cosmic Hunt. This myth tells the story of an animal which was chased and wounded by a man, bounced off the ground, leapt into the sky and turned into the Great Bear constellation.

Still told in different cultures, this story was evolving with time, acquiring different variations across various locations of world and reflecting the worldview and the natural surroundings of prehistoric societies and, later on, of different civilisations. Since the Late Palaeolithic (40 000 – 10 000 BC), the Cosmic Hunt has continuously roamed the world along with waves of human migration, while the Ursa Major, as one of the main constellations, has united and still unites the people scattered around the Earth.

The French archaeologist and statistician Julien d’Huy studied the Cosmic Hunt myth using phylogenetic principles (including computer programmes for evolutionary biology) and by linking biology and mythology; he concluded that the myth goes back at least 15 000 years. D’Huy saw constellation mythology as “a glimpse into the mental universe of our ancestors”, which from the earliest steps in the development of culture and technology was inseparable from the night sky.

According to the American professor of palaeoanthropology Erik Trinkaus (University of Washington, USA) who studied the bones of Middle and Late Palaeolithic Eurasians, around 26 000 years ago (at the time when, as claimed by d’Huy, the myth began to circulate across communities), man began to wear supportive footwear that made hunting more comfortable.

All this led Umbrasas to take an interest in the practical reality of hunting and survival for modern man (Homo sapiens sapiens). The hand-reachable “shooting stars” – meteorites – inspire not only to dream but also to contemplate on the beginning of all life. It is speculated that during the intense prebiotic bombardment of the Earth, meteorites carried with them the necessary “building blocks” that contributed to the still-uncovered non-biological chemical processes which later gave birth to biology. Thus, a meteorite can instantly bring us back to the reality of primitive man or become part of a wider cosmic hunt; a hunt that is already beginning to take shape in corporate plans for interplanetary colonisation and the development of the space industry. How will these new parameters affect the development of our consciousness and bodies? What kind of hunting are we preparing for wearing the “soft” sports footwear perfected by designers, sports engineers and doctors?

Arvydas Umbrasas is a Vilnius-based artist. His sculptural works deal with cosmic bodies and their impact on the human imagination.

The exhibition will be open until November 22nd

The exhibition open every day 24/7.